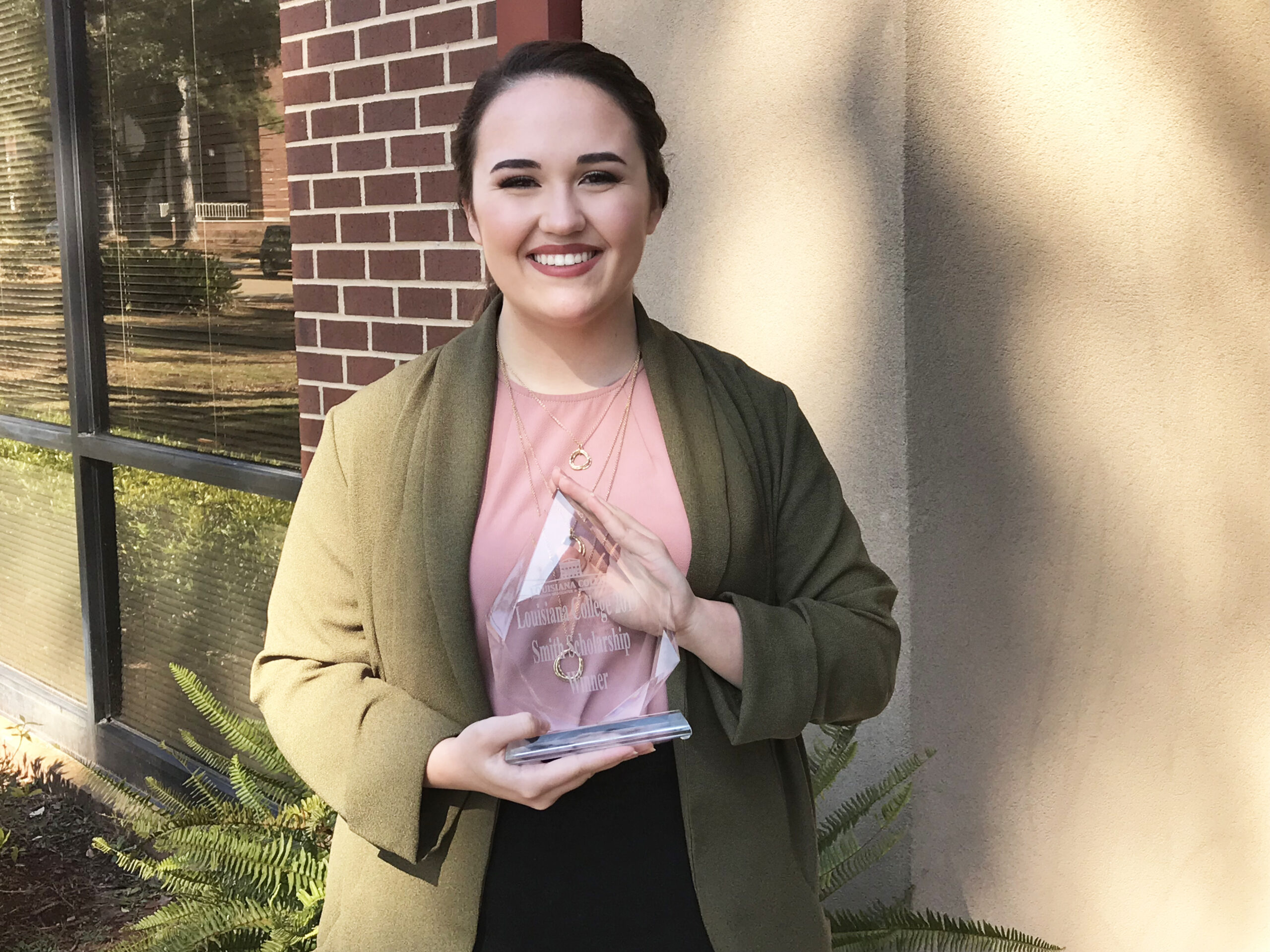 “I was just praying to God, asking him to give me clarity,” Aaron said. “And if this was what he wanted from me that he would give me that clarity. Then they said my name, and I just couldn’t believe that I was so blessed with this opportunity.”

A member of Homewood Baptist Church in Alexandria, Aaron said when she first became a Christian she “felt the call to talk to people about God. That call is for every Christian, but mine was a deeper call than just the average.”

The annual competition drew contestants from the CenLa region, as well as Opelousas, Ville Platte, Walker, Jarreau, Monroe, Branch, Rayne, Baton Rouge, Sulphur, and Houma. Competitors must have at least a 28 ACT score and are further evaluated based on their leadership qualities and Christian character.

Qualified contestants who enroll next fall at Louisiana Christian University will be awarded an annual academic scholarshipof $8,500 and will join the C.S. Lewis Honors Scholars program.

An endowment donation from Tom and Beverly Durham to honor Mrs. Durham’s mother, Elizabeth Smith, founded the Smith Scholarship in the early 1970s.