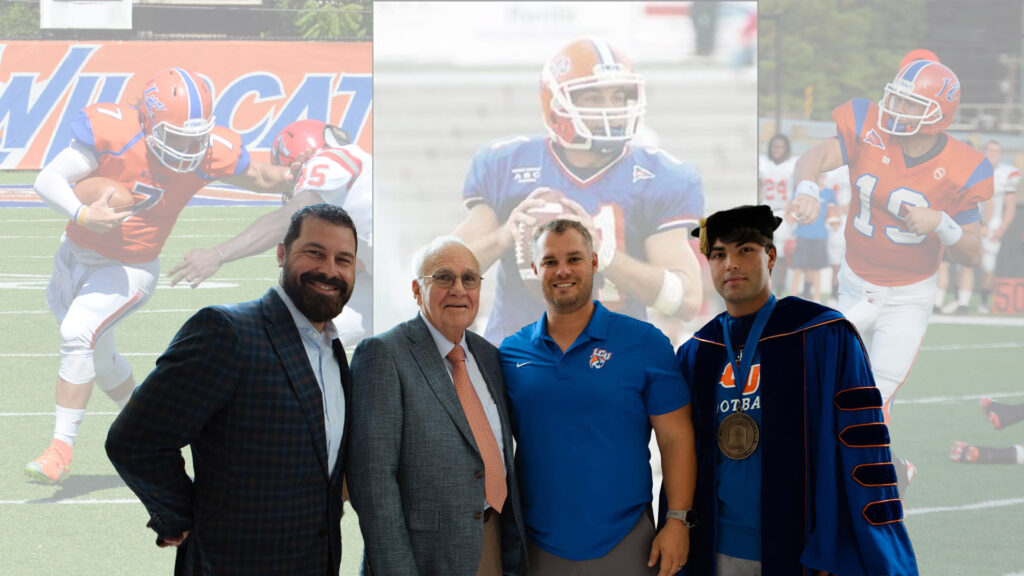 Freshmen attended in their major cohorts with their faculty mentors.

Lindy Rachal, a business major from Baton Rouge, said her first week has been exhausting—but a lot of fun. Rachal follows in the footsteps of two older sisters and numerous other family members who for generations have attended LCU.

“It took a couple of days to adjust to college life, but after attending my classes I was able to get into the swing of things,” she said. “It didn’t take as long as I thought to would to find my classes, but that is because of Welcome Weekend. During WW, I participated in a lot of fun things that led me to knowing where all the buildings are.”

Camille Allgood, a freshman pre-law major from Denham Springs, said the transition to college has been easy at LCU.

“Everybody’s been very welcoming,” she said. “All the professors and really everybody here really cares about the students.”

“You all have set a standard for the other programs to live up to for all the positive attention you have brought this institution,” Brewer said.

The Women’s Soccer team were the program’s first conference regular season and tournament champions and qualified for the national tournament. They went undefeated in conference play (10-0-1). The program had its first All-American named. Martina Terra Garcia received an honorable mention.

Brewer recognized all athletic team accomplishments made during the first year of returning to compete in the NAIA athletic association.

“These young men helped revitalize football when it returned in 2000,” Brewer said. “We stand on the shoulders of them and the people who came before us.”

“If Sal continues playing like he has, he may surpass some of the records and be that fourth pillar,” Brewer said.

Palermo was named this year’s ‘President For a Day.’ A story about ‘President Palermo’ and this annual tradition will be released separately.