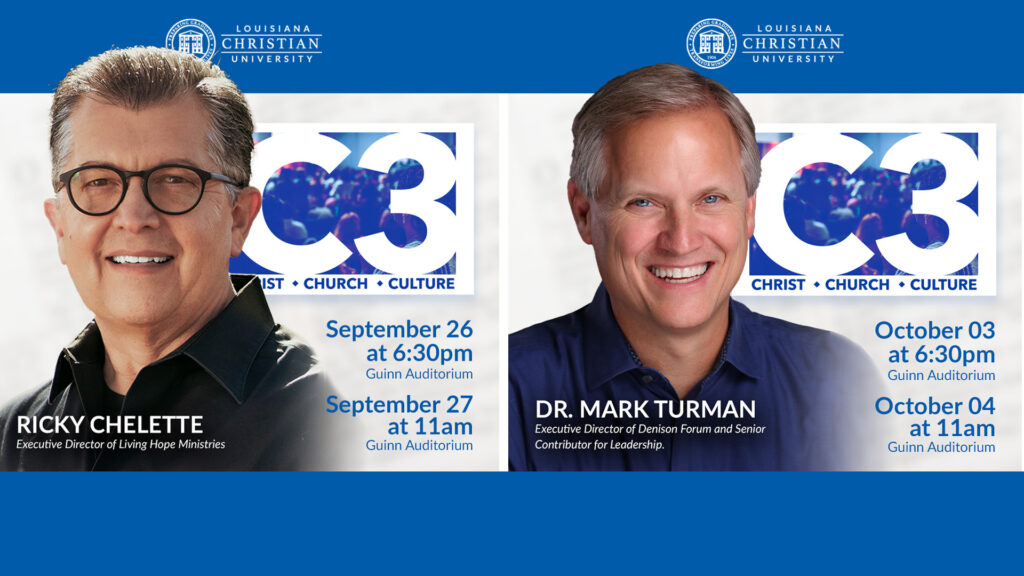 Chelette is an alumnus of Louisiana Christian University and New Orleans Baptist Theological Seminary and has made national headlines due to his teachings on the biblical view of marriage and belief that Christ is the only answer to those who struggle with same-sex attraction.

“I am very excited that Ricky Chelette will be on our university campus,” said Associate Vice President for Student Engagement and Enrichment Dr. Joshua Dara.  “He is uniquely called to minister to people who are hurting, confused, and struggling in the areas of homosexuality, pornography, identity crisis, etc. His ministry is so relevant to today’s generation. He has an incredible discernment of what is godly truth on many cultural issues of our days.”

“I am forever grateful to our university president for his continued boldness to confront the cultural issues of our days by inviting people like Ricky to our campus to share the heart of God is certainly a blessing not only to our university but the entire Central Louisiana,” Dara said. “I am strongly convinced that lives will be transformed, and hearts will be changed at the event.”

President Rick Brewer said it is vitally important for Christ-follwers to know what they believe and how to lovingly engage a culture with the truth of the Gospel especially during the turbulent and confusing times we live in.

“God has used Ricky speaking at LCU on previous occasions, and I have no doubt the same will be the case Sept. 26 and 27,” Brewer said. “Ricky confronts the challenges of a culture that no longer follows the biblical design for human sexuality. The biblical apologetic needed to respond accordingly is at the heart of Ricky’s ministry.”

The second C3 series of the fall will be held Monday, Oct. 3 at 6:30 p.m. and Tuesday, Oct. 4 at 11 a.m. in Guinn Auditorium. The speaker will be Dr. Mark Turman, the executive director of the Denison Forum, offering the news of the day from a Christian perspective.