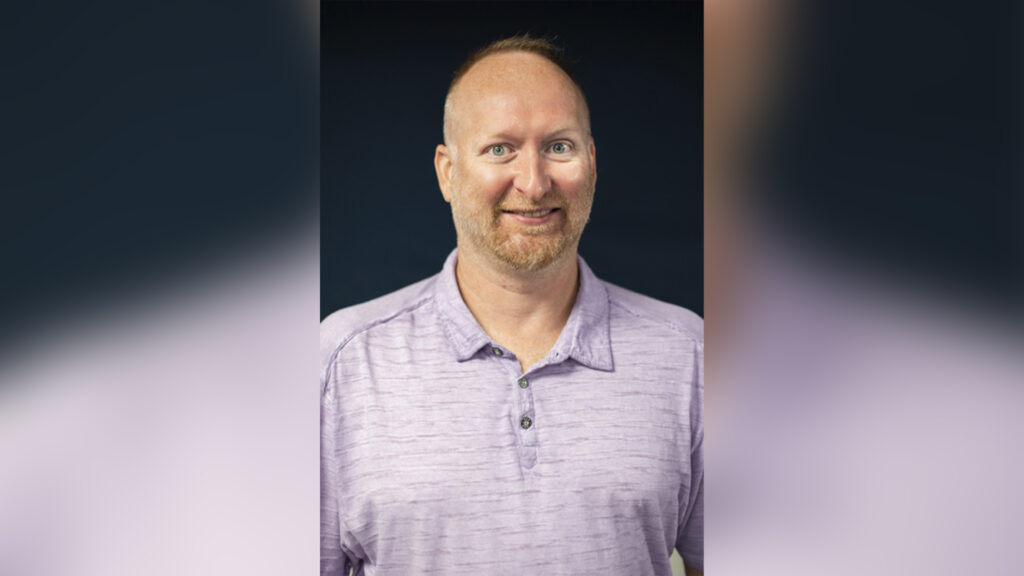 Roper was a professor of art for 18 years at LCU, teaching painting and drawing, and graphic and web design. He held a BFA from Louisiana College (now LCU) and a MFA from Louisiana State University.

“Professor Tim Roper was a beloved member of the University’s faculty serving in the Fine Arts Division,” said LCU President Rick Brewer. “His expertise in Graphic Design and Studio Art equipped and inspired scores of students during his tenure at LCU. Tim’s quick wit and brilliant intellect will be missed; but, above all, his commitment to sharing the Gospel through his creative gifts will be his legacy for generations who had the distinct privilege of being under his tutelage.”

Roper was not just a colleague but a friend to everyone on campus. Known as much for his quick wit as his enormous talent and teaching and mentoring of students, his presence has been missed for the last year on campus—most notably in the Division of Fine Arts.

LCU Director of Marketing Karen Carter, who was a student of Roper’s, earned her BFA in Visual Communication in 2014.

“Tim Roper was more than a professor turned coworker; he was a mentor and friend,” Carter said. “I would not be the artist I am today without his guidance. His witty sense of humor and calming demeanor will be greatly missed. I am incredibly sad he is gone, but I rejoice knowing he is in Heaven painting at the feet of Jesus!”

Wangling Chou, LCU art professor who specializes in ceramics, met Roper when she came to work at LCU in 2008, and the two became the best of friends teaching in the Weathersby Fine Arts Building together. She watched his children grow up. Their families became like family.

“Tim and I were not only colleagues,  we became buddies,” Chou said. “We could talk about everything from teaching, art, family to God. He was such a trustworthy friend and was never judgmental. One thing I know very well is that Tim loved and cared about all his students. I feel it was God’s special plan that we were born in the same year and month, I came all the way from Taiwan, and we instilled and invested in the same students together for 14 years. All those memories are God’s gift to me. I will miss him forever.”

Currently, Roper’s older son Nathan is a junior in public relations at LCU. His younger son Matthew is a senior at Bolton High School. He also leaves behind his wife, Mindy.

“My drive to continue my Christian education at LCU exists because of the bond I have with my father, for his work, his community and Christ,” Nathan Roper said. “He was the most wonderful man I’ve ever known, and he will live on through myself and my brother, Matthew.

He gave me confidence and strength. He is my reason why. I am forever grateful for every moment I had with him. He brought love and faith with him wherever he went, and I am proud and honored to say that I will always identify first as Tim Roper’s son, my hero, always.”

LCU junior art major Sam Miller remembers the last time Roper texted her before his November 2021 surgery. Roper was not just her professor but a mentor to her inside and outside the classroom.

“He texted me, ‘You guys [referring to his students] are where my heart is, you know,’ and that will forever be the words that stick with me when I think of him.”

“Tim was an extremely talented art and graphic design professor who enjoyed a zest for life that was contagious,” Clark said. “His sense of humor, wit, and graphic designs have left an indelible mark on every aspect of our campus. While we are grieving the loss of our valued colleague, friend, and professor who was taken from us way too soon, Tim lived out his faith in Jesus Christ every day in front of his campus family, and we have assurance he is now in the presence of His Savior for all eternity.”

Prior to coming to Louisiana Christian University, he was an adjunct professor at LSUA, Southeastern Louisiana University, Baton Rouge Community College and Louisiana State University. His work had been shown in several universities. He was active as a designer, working for numerous companies throughout Louisiana. He published in the New Delta Review and presented papers at the University of Houston.