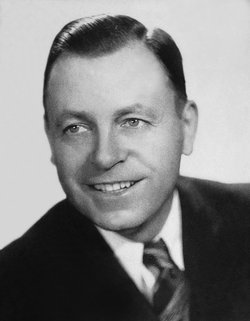 Pineville, LA (LCU News) — Louisiana Christian University will unveil a historical marker in honor of the late two-time governor of the State of Louisiana, Jimmie Davis, in a public ceremony May 7.

The musician-turned-politician, Davis served as the governor from 1944-1948 and again from 1960-1964. Perhaps his most lasting legacy, however, is the Grammy-award winning song “You Are My Sunshine,” written in 1940 and named one of the greatest songs of the century by the Recording Industry Association of America.

“Gov. Davis is one of Louisiana Christian University’s most famous and successful alumni,” said President Rick Brewer. “We are honored to pay tribute to his lasting legacy as governor and as a prolific songwriter and musician.” 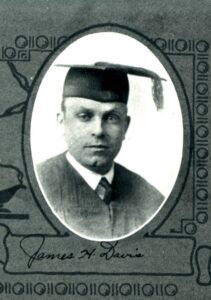 Former Louisiana State Sen. Jim Brown and local historians Michael Wynn and Mike Tudor, whose great-grandfather was a friend of Davis, will speak at the unveiling ceremony.

Davis graduated from Louisiana Christian University in 1924 with a degree in history and went on to earn his master’s degree at Louisiana State University, before starting a career in music and later politics.

Known as the singing governor, Davis often performed for crowds on his campaign stops around Louisiana during his gubernatorial races. He was also a long-time Southern Baptist and recorded several gospel albums.

While governor, Davis established the State Employees Retirement System in 1946 and built the Toledo Bend Reservoir and the Louisiana Governor’s Mansion, the residence of the governor since 1963.

Louisiana Christian University previously honored the late governor with a scholarship in his name in 2020. Students who qualify for full PELL grants and the TOPS scholarship will have remaining tuition covered by the Governor Jimmie Davis Scholarship.

The public is invited to attend the unveiling of the historical marker, Friday, May 7, at 11 a.m. at the front of the Louisiana Christian University campus, adjacent to the archway.

← Louisiana Christian University awarded two Board of Regents grants for theatre, businessLCU to hold commencement for class of 2021 at Coliseum May 8 →
X
X