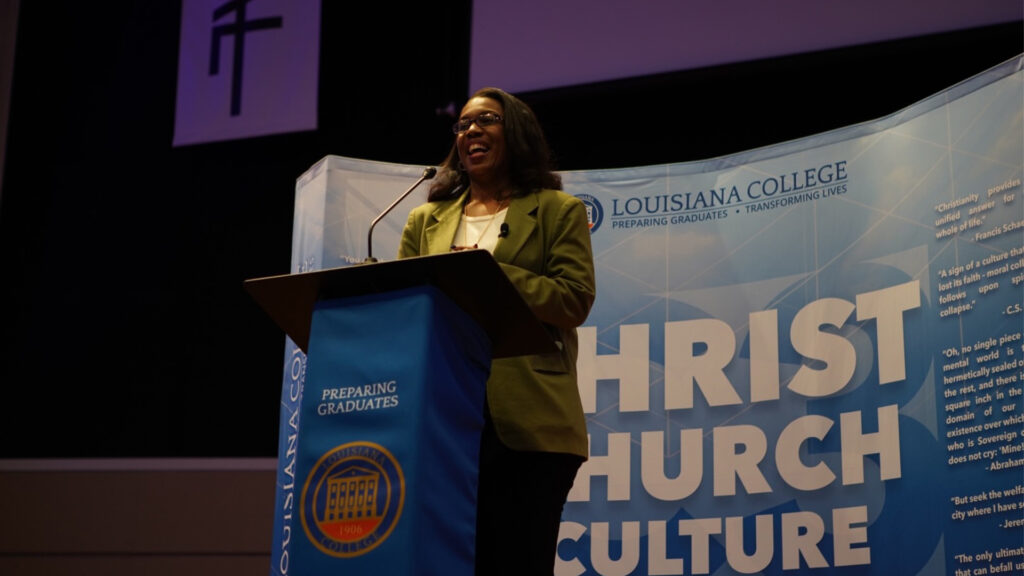 Shannon Kendrick, who has served in senior executive roles in the federal government, regional economic development and congressional affairs, before coming to the ADF, told the audience that it’s never been more important to understand the cultural shifts that are occurring and to fight for freedom to practice and preach the Gospel.

“Now, more than ever, we must know the times we are living in,” she said, “and listen to God to be relevant and effective.”

Threats to religious liberty are happening nationwide, she said.

“Times are really different now, and church leaders are finding themselves in positions they never thought they’d be in.”

Alliance Defending Freedom began in 1994, and its mission is to keep the doors open for the Gospel to be shared. ADF is the world’s largest Christian liberty law firm committed to protecting religious freedom, free speech, marriage and family, parental rights, and the sanctity of life. ADF attorneys have won 13 U.S. Supreme Court case in the last decade.

“Shannon Kendrick delivered an inspirational and important message on some serious and truly unbelievable legal battles facing believers in today’s America,” said LCU President Rick Brewer. “It’s truly shocking to hear some of these battles being waged—female athletes having to sue for their right to compete fairly in sport, college students having to sue to have a Christian organization not have to allow a leader who is a nonbeliever or a Christian college to be allowed to hire and promote only Christians.”

Kendrick addressed some of the most recent challenges to Christian faith and practice that the ADF has been involved in, including Colorado baker Jack Phillips, Houston Pastor Steve Riggle, Gaston College v. DeWeese Boyd, and Seattle Union Gospel Mission v. Woods.

Some of these cases are ongoing.

“We’re up against an ideological battle, Kendrick said. “When culture changes, the law changes, and if we allow one negative decision it impacts us all.”

The biggest cultural shift and threats to freedom to practice Christian faith come from issues surrounding sexual orientation and gender identity (SOGI laws), protecting the unborn, and legislation around the Equality Act.

A significant case headed to the Supreme Court that could have dire consequences is College of the Ozarks v. Biden.

“This is pretty much an atomic bomb to religious liberty,” Kendrick said. “Last year it passed the House of Representatives. The Senate hasn’t taken it up yet, but this will change how ministries operate throughout the United States.”

This case is based on Biden’s Executive Order 13988, which opened dorms, restrooms and showers to be co-ed and based on gender identity rather than biological sex. The lower court dismissed the college’s challenge, saying it did not show any imminent harm.

“We are just trying to live out our faith,” Kendrick said. “We don’t demand others live the same way. We just don’t want culture to demand that we change. Christians are being discriminated against in unprecedented ways.”

Another C3 event will be held Feb. 22 at 6:30 p.m. in Guinn Auditorium. Gregory S. Baylor, who serves as senior counsel with Alliance Defending Freedom, will speak on his work

defending and advancing the religious freedom of faith-based educational institutions through advice, education, legislative and public advocacy, and representation in disputes. He has testified about religious liberty issues three times before congressional committees.

The event is free and open to the public.