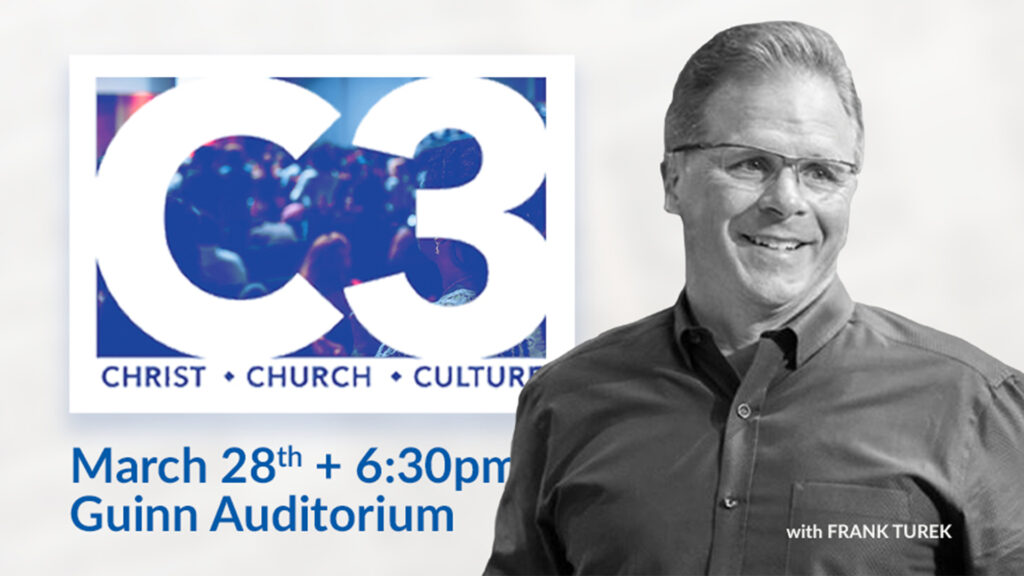 Frank Turek, the president of CrossExamined, will speak at Louisiana Christian University March 28 at the second Christ Church Culture (C3) event of the spring semester.

Turek is the author of four award-winning books, including Steal from God: Why Atheists Need God to Make Their Case and I Don’t Have Enough Faith to Be an Atheist. Additionally, Turek hosts weekly hour-long television and radio programs that feature cultural commentary from a Christian perspective.

Steve Horn, the executive director for Louisiana Baptists, views Turek’s presentation as positive for the school, as well as the broader Central Louisiana community.

“Giving a defense for the claims of Christianity is one of the pressing needs of our society,” said Horn. “Frank Turek is recognized leader is this area of Christian study. What a gift to the whole community that LCU is able to bring him to campus.”

Turek’s focus is primarily on the existence of truth and God, through the framework of Christian apologetics. He has the privilege of speaking ministering to secular audiences while promoting cultural Christianity.

Justin Langford, dean of LCU’s School of Missions and Ministries, believes Turek provides an example for how Christians should interact with those outside of the faith.

“Dr. Turek is a renowned speaker, author, and apologist who is well-known for his critical engagement with spiritual and cultural issues,” Langford said. “His ability to converse intellectually and respectfully with those who challenge the Christian faith provides a model for how Christians should engage today’s culture. I strongly encourage everyone who can to make their presence at this LCU event a priority.”

Turek earned a doctor of ministry degree in apologetics from Southern Evangelical Seminary and a master’s in public administration from George Washington University.

“Every Believer in Cenla and beyond will want to hear and learn from Frank Turek,” said LCU President Rick Brewer. “In this post-Christian age, no different than the 1st Century Church, Christians today face an openly hostile environment toward the name and person of Jesus Christ. Turek’s insights will equip believers to “contend for the Faith” (Jude 3) with love and credibility.”

The public is encouraged to attend the event in Guinn Auditorium, Monday, March 28, at 6:30 pm. If you can’t attend in person, the event may be viewed on livestream.