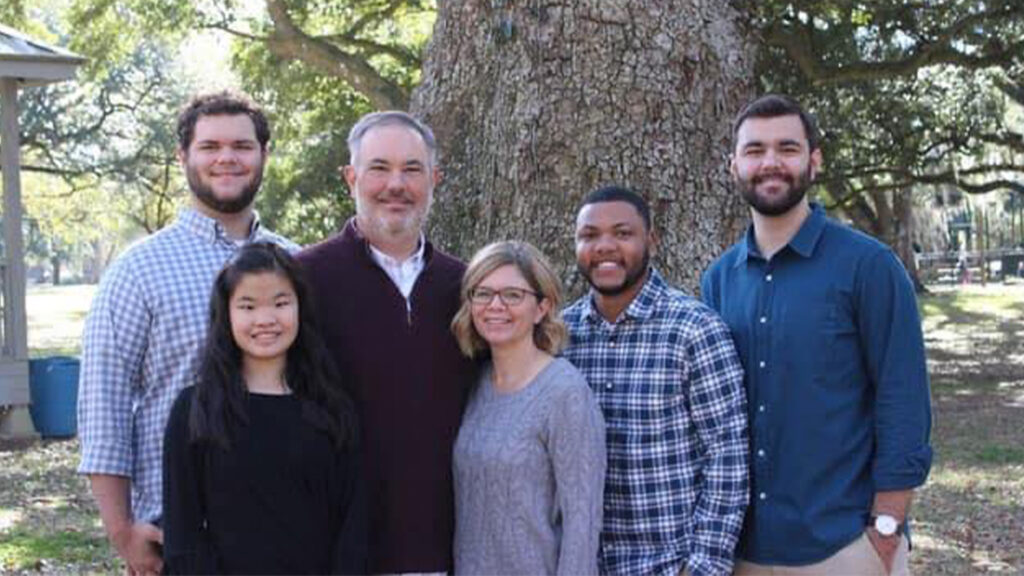 Jeffreys will serve as the Executive Vice President and Chief Operations officer. He comes to LCU from Highland Baptist Church in New Iberia, where he served as associate pastor  and administrator of Highland Baptist Christian School since 2002. He recently completed a six-year term on the LCU Board of Trustees culminating with service as Chairman of the Board in 2020.

“I am personally excited about David and Stephanie joining our team at LCU and know he will be of extreme help to me with resource development, facilities management, denominational relations, strategic planning and special projects,” Brewer said.

Jeffreys and his wife, Stephanie, met while students at LCU. He is a 1992 graduate in business administration, who went on the New Orleans Baptist Theological Seminary where he earned a master’s degree and a doctoral in Christian Education.

“I never would have imagined 34 years ago as an incoming freshman to Louisiana Christian University that I would one day be called to serve as the Executive Vice President of Louisiana Christian University,” Jeffreys said.  “My wife Stephanie and I are excited about this new opportunity to serve at our alma mater.  I am looking forward to working with Dr. Rick Brewer and the rest of the LCU faculty and staff as we seek to further God’s Kingdom through Christian higher education.”

Jeffreys said he never planned for this, but that God made this plan.

“Just like the banner in front of Guinn Auditorium states ‘I Am Called,’” he said. “Well, I am a perfect example. I am called to this. I’m not leaving ministry, I’m just in a new position of ministry.”

Jeffreys said having worked on the Board of Trustees over Brewer’s first six years, he knew the leadership ability and level of communication was excellent, and he is excited to work alongside Brewer to continue the Lord’s work in his new role.

“I know you will rejoice with me in this leadership development at LCU,” Brewer said. “Pray for David and Stephanie as they move and make this transition in ministry and leadership.”

Jeffreys and his wife have four children, Aaron (wife, Emily), Gary, Kyle (who is a current LCU student), and Ellie.