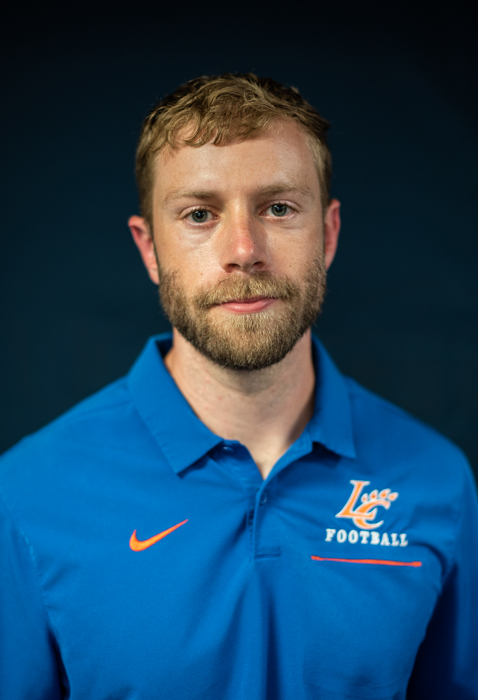 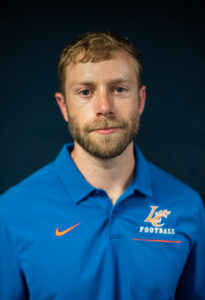 Vince Giardina enters his fourth season at Louisiana Christian University in 2020. This will be his first season as offensive Coordinator with the previous three years as Wide Receivers Coach and Passing Game Coordinator. This will be his eighth overall season in coaching. Giardina will also serve as the team’s recruiting coordinator for the second year in a row and will be carrying the Associate Head Coaching Title from the previous season. Giardina has also been the Academic Coordinator for his first two and a half years at LCU.

In addition to contributing to the WR room, Giardina also set 3 program records at the end of the 2018-2019 academic year as the Academic Coordinator; Highest Cumulative GPA, Highest Fall Semester GPA, and Most Academic All-Conference Players. After passing off the coordinating title, the team continued to set two more program records the following semester by breaking its on record in Highest Cumulative GPA and Most Academic All-Conference Players.

During his tenure with the Wildcats, Giardina has served as the JV Head Football Coach and will be passing off that title for the upcoming 2020 season. Giardina oversaw all JV practice and game activities, including scheduling opponents, travel, meals, offensive play calling and all other head coaching duties. Giardina will end his 3 seasons with a record of 7-1-1 and outscored opponents 346-148.

Giardina joins the Wildcat coaching staff following one season as the Running Backs Coach at Fairmont State University in Fairmont, WV. He also served as head of equipment and assisted with all team travel duties. Giardina’s top Running Back Terrell Charles earned second team all-conference with over 850 rushing yards and 12 touchdowns. Fairmont State also saw two other running backs over 200 yards with multiple touchdowns each. Giardina was a part of a historic season that gained Fairmont State its first playoff appearance in school history with a 10-2 record.

Before heading home to Division II Fairmont State for a season, Giardina spent 3 years in Kansas and Oklahoma coaching Junior College football at Highland Community College, and Northeastern Oklahoma A&M College. During his two and a half years with NEO Football, Giardina oversaw the Running Backs and Fullbacks with the addition of Tight Ends in his final spring. Giardina had several off the field titles throughout his tenure as a Norsemen, including Executive Assistant to the Head Coach, Social Media Director, Director of Football Operations, Head of Football Equipment and Head of Football Housing. Giardina produced 3 second team all-conference players and 1 honorable mention all-conference player during his two seasons in Miami, OK. Giardina also was able to secure the first true freshman 1,000-yard rusher in 17 years at the historic college. Along with a record in NEO Football history with three 100-yard rushers in a single game.

In his first season of coaching and only season at Highland CC, Giardina assisted both the offensive Line Coach and Recruiting Coordinator. In Highland, KS, Giardina helped the Scotties earn their first winning season at 6-4 during the modern area and sent 11 players to D1 schools by the winter break. Giardina assisted with the production of two all-conference offensive lineman that season as well.

Giardina is from Gerrardstown, WV and is a graduate of Musselman High School. Before enrolling at West Virginia University, he was a three sport athlete in football, basketball and track. While earning his undergraduate degree at West Virginia University, Giardina served as a student assistant on the WVU football team. His duties included organizing and fitting equipment and apparel, as well as assisting coaches with practice and all game day activities. While at WVU, Giardina observed and learned under three coaching staffs in the Big East and Big 12 conferences, including trips to three bowl games with a win in the BCS Discover Orange Bowl. Giardina worked with Bill Bedenbaugh, David Johnson and Ron Crook under head coaches Bill Stewart and Dana Holgersen.